Just as the dinosaurs never imagined their extinction, it's hard to believe that the millions of apps in the app store are being threatened with termination. Yes, it may be difficult to digest, but industry experts claim that the app ecosystem – one of the largest - is on the verge of failing.

A quick look at the app library of your mobile will show you that there are dozens upon dozens of apps for your assistance. In fact, both the Google Play Store and the iOS App Store hold numerous solutions for everyday tasks, entertainment, and communication.

Moreover, the library of apps continues to grow with each passing day making it seem nearly impossible to foresee its demise. However, the prediction holds true in many cases as only 0.01% of apps manage to see financial success in 2018 while over 51% of smartphone owners are reported to download precisely zero apps per month.

So what can be the exact cause that is slowly leading the app industry towards downfall? Why do app developers continue to build apps even when there is very little chance of finding success? Although, a consumer's preference for mobile apps vs. mobile sites is apparent – why do they hesitate in trying out new apps?

Nevertheless, the change is not yet eminent – we predict that the breakdown of the app industry can be a result of several reasons. Here are some of the top reasons that can cause the end of today's booming industry.

Today, the Google Play Store holds more than 3 million apps while the iOS App Store boasts over 2.2 million apps. Furthermore, apps of the same niche are clustering the app stores making it difficult for the newly launched apps to stand out amidst the crowd. Above all, the overabundance of choices overwhelms most consumers who find it challenging to select the best amongst many.

Nevertheless, despite the plethora of choices, smartphone users prefer to stick to their favorites. And it doesn't come as a surprise that Facebook, Twitter, Snapchat, YouTube, and Uber dominate the ranking of the most downloaded apps surpassing the millions of others.

The Internet users of today are choosy regarding the apps they download. In fact, if the users are not satisfied, they don't hesitate in getting rid of the particular app. According to recent surveys, the customers find 44% of defects in a mobile app while 77% tend to uninstall an app immediately if they are not satisfied with any aspect.

Developing an app from scratch requires constant research, implementation, and testing. The developers are usually in a hurry to launch their product and often skip a few fundamental steps that hamper the quality of their software. The app industry is fiercely competitive and to survive in the marketplace, the app developers must focus on quality and not the quantity.

While apps do help in increasing brand recognition and awareness, most developers do not manage to find financial success through their apps. As we stated above, only 0.01% of apps see revenue in the competitive marketplace and chances of the numbers increasing in the coming years is very dim.

Reasonably, app developers should charge a nominal download fee from users to increase their revenue threshold. However, the consumer expects and frequently responds to free apps. Smartphone owners disregard even apps that charge a mere $1 (let alone more). As of 2017, the Android Play Store had over 92% free apps. Gartner expects the number to increase during 2018 with the majority of low priced apps converting to freebies.

The trends to make apps free will wary some app developers who will hesitate to venture in an industry with zero profit.

The emergence of HTML 5 websites with mobile-responsive designs, exclusive features and JavaScript has eliminated the need to develop mobile apps for many businesses. Sites such as imgur.com, About.com, and Udemy.com are doing incredible business through Web. A website that provides consumers with an exceptional experience for both web and mobile eliminates the need to download an app that you will use rarely. Advanced sites also free up a lot of time, resources and efforts of the developers making the situation a win-win for both the contenders.

Final thoughts: to invest or not to invest?

Red Smith, the legendary sportswriter, once said, "Dying is no big deal, living is the trick."

From the above-explained scenario, it may seem that the app industry is heading towards doom. However, there are several opportunities that the developers can make use of to improve the situation. This includes integrating existing apps with bots, Internet of Things, and screenless devices such as Amazon Echo and Apple's iPod.

Regardless of the above statistics, the app industry is generating more revenue than before and is expected to reach $189 billion in the coming years. Moreover, the success of an app is often unpredictable and creating apps that are high-quality and spam free such as AirG and Bubble Ball can ensure a longer shelf life of your app.

Simply put, the app industry is a massive force, and its probability of crumbling seems unlikely. However, just like the dinosaurs disappeared with a blink of an eye, we cannot but emphasize the importance of evolving with the industry and making your mark.


This is a guest post by Alma Causey. Alma is a Freelance writer by day and sports fan by night. She writes about tech education and health related issues. Live simply, give generously, watch football and a technology lover.

The opinions expressed by guest contributors are their own, not those of anadea.info. 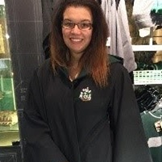