Whether a business needs an app or not is no longer a question. While creating cross-platform apps gives us certain cost effectiveness and uniformity of experience, focusing on Android apps makes sense. As market figures show, Google still leads the market in app users. Android is simply too omnipresent to be ignored. Even developers who consider this a less than elite space, acknowledge that they can no longer afford to ignore Android.

With IoT and wearable tech becoming an inseparable part of our life, android app development is expected to only kick up another notch. We also have a number of tech, tools and businesses that will support IoT. Developing the right app is not about cashing in on the business anymore. Truth is that if you do not take the app path, you may well be out of race.

But with so many apps on Android, how do we make our product stand out? More importantly, how do we ensure that it does not crash? We have plenty of examples of an unknown app coming and going viral within days, while known names and brands crashing and burning without making a whimper. Clearly, the Android marketplace has its own rules.

So, what is the secret? How can we get the best chances of success?

Android app development is not a standalone feature, developed for a piecemeal connection with the user. An app has to be seen in the overall spectrum of user communication, connection and experience. The app essentially provides the consumer with a deeper connection to the brand and product. So, it is important that we see its role in the entire spectrum of user experience.

Apps are often meant to share the unique points of a business, but for many the app is a business in itself. Whatever the case, its boundaries and functions within the overall business strategy must be clearly defined. This will impact its further development.

Related article: How to Create a Solid Business Plan for a Mobile App Startup

Even though Android eats Apple in number of users, its revenue generation is another story entirely. Market research has shown repeatedly that most Android users come from emerging markets. This means that while we can capitalize on numbers, revenue generation may need a rethink.

There are couple of ways to achieve this — in app purchases and app advertising. Some apps also begin as free apps and they move to paid apps in advanced version. In app purchases and monetizing apps depend on the development of customer loyalty. Even app advertising assumes that the user is invested enough to tolerate ads. Another tactic is cost per install where an app acts as an affiliate program and is paid every time a user buys or downloads the product/service.

There are many ways of doing this today. In fact, AI has already significantly changed the way we interact with apps nowadays. We are using it in numerous ways, from taking suggestions to taking orders. It has become intricate part of an app, moving from enhancing user experience to actually becoming a business tool in itself.

However, it is micro interactions that are easy to implement and which can actually go a long way in connecting with users and increasing user loyalty. For instance, the option to 'share' a post or an article, gives one ownership over it. We have users taking forward the item and starting a conversation. The perfect examples can be seen in Facebook and Twitter where you get to 'like' and 'share' posts and tweets.

This is just a step up from making it interactive. We are now creating apps that are not just interacting with you, but also connecting you to different users. This is a super-connected world and the app has to aid that connection. For instance, a fashion app today is not just a staid app with pictures. In fact, it is not even about the 'share' and 'likes' anymore.

Instead, we are looking at social aspect. So, you get to create a look and upload that, track how it is followed, who likes it and where it falls in the season's trends. We are also linking apps with social media sites, cross linking apps and creating a larger reach. This is another way of ensuring that the user feels an ownership towards their own part in the app and take it forward.

Related article: Emotionally Intelligent Design: Why You Need It in Your Mobile App

While we are becoming more tech savvy, the average person among us is not interested in something that is not easy to operate. For most people, apps are about convenience. Designers have to keep in mind that the average user today is probably distracted by their other things and using the app to pass the time, get a quick access to a service or to connect with others. In none of these scenarios do they have the interest in spending more time than strictly necessary. So, make it easy to use and quick to access. It should be usable for the least tech savvy person around. It shouldn't need a manual to get started.

It is not just the easy design that is important. There should be absolutely no distractive elements when we use the apps. These include unnecessary notifications, graphics and images that make it too heavy and slow to load. Focus on your use and limit the usage to that.

While these are the secrets of getting the right app, the larger question could be where the Android app development industry going now. With AI, IoT and the advent of instant apps on Android, the future is open for the one who dares!

Related article: How to Make a Successful Mobile App


This is a guest post by Rosina De Palma. 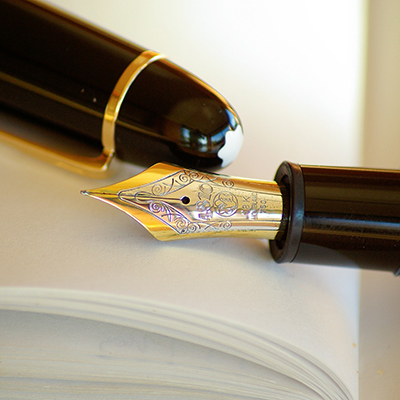