The development of mobile apps has come a long way since the first 500 apps hit the Apple App Store in 2008. Thousands of apps are released every day with the majority of them dying as quickly as they appear. The problem? Persistent insecurity within mobile app development that has driven top-ranking apps into oblivion.

Mobile app developers are churning out apps faster than they can fix them. The result is a continuously deteriorating state of mobile app security that has already compromised the personal information of millions of people worldwide.

Though the scope of mobile security is continually evolving, a few repetitive patterns show that many of the weak links in mobile app development stem from the same security issues. For developers to strike a balance between app usability and security, many issues need to be addressed. Consequently, these are the issues that undermine mobile app development the most.

Whether to cut costs or to save time, developers often opt for third-party frameworks when building their apps. Though there's nothing particularly wrong with using ready-made frameworks and codes, it is a risky move simply because hackers release several such frameworks to target unwitting developers. These flawed codes come with hidden vulnerabilities that are later exploited to steal user data.

That being said, third-party codes and frameworks are not all illegitimate. Proper verification is, however, necessary to avoid unscrupulous code publishers.

Failing to use encryption algorithms to protect user data is a mistake many app developers have been punished for severally.

Leaving sensitive user data in plain text format, for instance, was a miscalculation in 2014 that caused the Starbucks app to drop several pegs from its position as one of the top five highest-grossing apps.

Hackers not only got their hands on the credit card information of their customers but also geolocation tracking points that gave them the ability to compromise user accounts even after Starbucks released a patched version a week later.

Encrypting user data is crucial, yet it is often overlooked. Many app developers fail to implement a system where crucial data such as passwords and credit card information are not stored on the device. Designing apps in a manner that first protects user data should be a priority, which is why a separate encrypted section should be reserved for data storage.

Developers work hard to provide the best security for their mobile apps, often at the cost of server-side security. It isn't rare to see an app developer completely neglecting to secure the server-side while implementing strong security measures for the client-side of the app. The assumption that only their mobile app can access their servers is often wrong.

Leaving the server-side unprotected exposes sensitive user data by giving online threat actors easy access. Verifying and securing back-end APIs shouldn't be an afterthought. It should be a priority to ensure that only authorized parties access the user data stored on the server.

When developing a custom app, the process of testing the app should be done even before a release plan is conceived. The testing phase of the app covers how usable and compatible it is, but most importantly, how secure it is.

Though this is a necessary phase of app development, many developers don't take it very seriously and are often caught flatfooted when vulnerabilities are discovered and exploited. Thorough security testing before app release should test all aspects of the app, including how it interacts with phone features such as GPS, camera and body sensors.

Once an app is released, it immediately becomes a target for hackers. This is especially true if the app stores or deals with any form of user data. Developers work around the clock to patch new vulnerabilities lest hackers discover and exploit them.

But sadly, a huge chunk of app developers are still slow to roll out new patches and updates. With such little margin for error, delaying helpful security updates is often the downfall of many apps.

6. Lack of protection against physical breaches

Many app security measures are worthless when it comes to protecting sensitive user data from a physical breach. When a device is physically compromised, hackers have unlimited access to all credentials and passwords.

To counter this, one of the measures that can be put in place is scheduling timeouts to clear stored credentials from the device. These can take place on a weekly or monthly basis, and ultimately prevent data loss when a device is stolen.

The infamous Angry Birds NSA incident reinforced the belief that no app is safe when it comes to espionage. The National Security Agency had hacked into the Angry Birds servers and gathered personal data such as the age and gender of the players.

Apps that collect large caches of data from their users are especially juicy targets for governmental and non-governmental agencies looking to profit off user data.

The problem isn't restricted to consumer apps, and that's where the main threat is. Apps that collect sensitive information such as banking or healthcare records are at more risk, primarily if they utilize low-grade APIs in their advertising and analytics departments.

Applications are known to accept data from multiple sources even when said sources lack sufficient encryption. Attackers often use these unsecured input channels to gain access to cookies and environmental variables stored by the app.

Since developers secure input sources based on how valuable they are, some are inevitably left unguarded, and these usually provide the perfect access channels for malicious threat actors.

Mobile apps are perhaps the most plagued with SSL issues because many developers simply do not delve into its applications, which sometimes is necessary for its successful implementation. Lacking the properly verified SSL certificates compromises the transport layer of an app considerably and leaves it open to a vast array of attacks.

Even as many budding developers emerge with their latest apps, the widespread lack of mobile security still cripples their progress.

Mobile app security and data protection are crucial for the continuity of any app, and these factors are becoming more important to average app users. User data is a precious resource that can be exploited for selfish benefits, which is even more reason for app development companies to put more emphasis on ensuring that their mobile apps are safe and secure.


This is a guest post by Sophie Ross. Sophie is a marketing specialist at Security Gladiators. A writer by day and a reader by night, she is specialized in tech and cybersecurity. When she is not behind the screen, Sophie can be found playing with her dog. 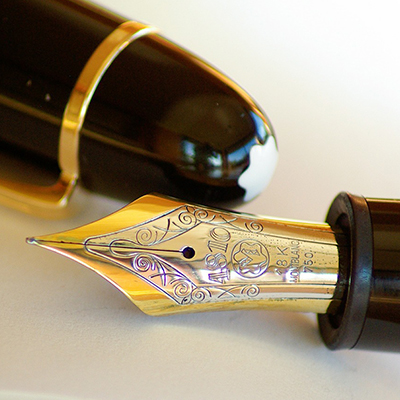