Web development is a long and storied process. From the Internet's humblest of beginnings in the 1960s as a US Department of Defense project to its existence today as the ultimate communications tool, web developers have been there every step of the way, innovating and thinking up new and interesting ways to apply technology to our lives.

The story is long but entertaining. Here's what you might not have learned in school about how the Internet developed over nearly half a century. What you'll learn will likely surprise you - but it will also make it much easier for you to understand just how groundbreaking the newest developments as they're announced today.

Believe it or not, but the first real steps taken towards what would one day become the Internet were pioneered by computer scientists in the 1960s. The US Department of Defense and its Advanced Research Projects Agency Network, or ARPANET.

The first two computers to "talk" to one another occurred in a lab at MIT through packet-switching technology in 1965. The first remote message sent by a human occurred in 1969 between ARPANET nodes at UCLA and the University of Utah. Unfortunately, the connection crashed halfway through.

Web development certainly sped up in the 1970s. In 1972 what can be classified as the first email sent over a closed network. Meanwhile, just one year after, computer scientists were able to forge a network link between ARPANET and new nodes in the UK and Norway, making it the first instance of what could truly be called an "Internet."

Things continued to accelerate from there. ARPANET's commercial arm, Telenet, was the first ISP to launch in 1974, which was the same year that the TCP internet protocol was designed. Queen Elizabeth the II sent her first email in 1976. USENET, the precursor to today's message and image boards, went live in 1979, providing a space for nascent web developers and computer scientists to argue esoterics and share primitive memes for the first time ever.

Much of what we would recognize as the Internet of today began to emerge in the 1980s. Domain name suffixes, such as .com, .edu, and so forth, were formalized by the establishment of the Domain Name System (DNS) in 1983. The first domain registration occurred in 1985, with Massachusetts-based Symbolics Computer Corporation registering Symbolics.com. The site is still accessible today as a piece of Internet history.

The National Science Foundation, meanwhile, made some serious waves in 1986. Its NSFNET went live, connecting 1980s-era supercomputers at a rate of 56,000 bits - what would have been the fastest dial-up speed available at that time. This network spread across academic centers in the US and was also connected to ARPANET, providing ever broadening access to students and researchers.

Now we're getting to the nitty-gritty of web development. The decade began in style with Tim Berners-Lee creating Hypertext Markup Language (HTML) while working at CERN. This programming language essentially created the world wide web as we understand it today, considering how HTML is the backbone of every web page ever written - and has resulted in more than a few sleepless nights as web developers sought to debug the code on their new website.

HTML launched an Internet renaissance. Web pages began popping up everywhere. By 1993, there were 2 million computers connected to the Internet, most likely thanks to the creation of the Mosaic web browser by Marc Andreesen. Andressen also contributed to HTML development, as he was instrumental in developing methods for displaying images alongside text. Major players like Yahoo, Amazon, Craigslist, and eBay were launched by 1995. Netflix launched in 1997; Google started its search engine business in 1998.

The next decade got off to a rocky start, especially due to the dot-com bubble burst in 2000 that sent hundreds, if not thousands, of fledgling Internet startups shuttering their doors. Things got worse in 2001 when federal judges shut down music sharing site Napster, leaving many music lovers high and dry with no way to share tracks easily.

Web development bounced back in a major way. Though, thanks to the launch of sites like Myspace, Skype, and WordPress in 2003, the social media trend continued with Facebook launching in 2004 alongside the Firefox browser.

2005 brought us YouTube, and 2006 gave us Twitter (for better or worse). The capabilities of web development companies became increasingly advanced with Adobe Flash providing embedded interactive elements and cascading style sheets (CSS) making it easier to create in HTML.

The following decade may seem like yesterday for many of us, but the 2010s have been packed with incredible leaps in custom web development services. 2010 revealed the incredible statistic that Facebook's user base had grown to 400 million. Both Instagram and Pinterest were launched that year as well. Social media went on to play a huge role in the "Arab Spring" conflicts of 2011 and 2012, with individuals in the Middle East able to organize protests through these channels.

Meanwhile, in 2013, Edward Snowden rocked the world when he blew the whistle on the NSA's efforts to wiretap untold millions of US citizens without their knowledge. That same year it was revealed that more than half of bank account holders in the US primarily use online banking. In 2015, both Instagram and Twitter had 400 million and 316 million users respectively, which would prompt Facebook to purchase Instagram shortly thereafter.

Web development continued to evolve into 2016 and beyond. New pushes towards connectivity led to the rise of the Internet of Things as a number of household devices began appearing with built-in WiFi or Bluetooth. Developers saw the rise and fall of Adobe Flash, which eventually came to be largely phased out by the fifth iteration of Berners-Lee's HTML, which made it easier to create multimedia presentations natively.

New methods of doing business by using cryptocurrency, digital wealth that lives on the Internet, provides wealth opportunities for millions - even after the Bitcoin Crash of 2017. Google, ever at the forefront of AI, unveils a new virtual assistant that can call and schedule appointments for you without missing a beat. The rest of the decade is anyone's guess.


This is a guest post by Benjamin Shepardson. Benjamin is the founder of NoStop Blogging Service. As the company's leader, Ben brings to the table an innate ability to help small businesses compete with larger competitors through content strategies and SEO. 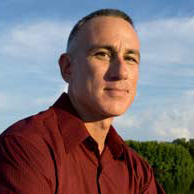