Let's ponder on some artificial intelligence important questions and challenges.

What is artificial intelligence?

Probably for most people AI is still a Sci-Fi rigmarole. Talks about the threat posed by artificial intelligence that we may hear in recent years are some sort of a zombie movie. There are reasons why people misunderstand the term "Artificial Intelligence":

Since artificial intelligence is a broad topic it is worth to mention its types. AI that focuses on one task only is called weak AI, a.k.a. narrow. It can beat the Go champion, but it's the only one area it specializes in. All currently existing systems of AI are narrow. Strong AI, a.k.a. general is a kind of intelligence that can compete a human in different areas. It can solve any problem as compared with weak AI.

Below are some examples of modern developments that involve AI techniques.

Automation of planning and scheduling. Remote Agent, the artificial intelligence system developed by NASA in 1999, ran on the onboard computer of a spacecraft. It established plans based on high-level goals set from Earth and was capable of self-testing and self-repairing in a case of disaster. Thus, Remote Agent enabled a spacecraft to control itself automatically.

Video game AI. If you have ever played games like Mortal Kombat or Need for Speed, you have interacted with video game AI. Artificial intelligence in video games is a set of software methods used in order to give an illusion of intellect in the behavior of non-player characters.

The path to AI

The definition of artificial intelligence is mainly focused on its subdiscipline - machine learning. The simplest example of machine learning is when we need to distinguish one thing from another. Rather than to find a direct solution to a problem, machine learning uses algorithms to train the machine.

That is, instead of hand-coding software with an instruction set for performing a task, a machine is trained by a great quantity of data and algorithms which enable it to learn how to perform the task. Now algorithmic approaches include learning about how to create a decision tree, inductive logic programming, reinforce learning, and clustering among others.

Deep learning is a specific type of machine learning. Let's say we train our software program by showing it samples of some input data and the right answers or explanation to it. And thus we adjust the program to give right relevant output. If we apply deep learning, the process of selection and configuration of certain indicators becomes automatic. Deep learning, the processing power of modern computers and data storage have resulted in the establishment of artificial neural networks that can mimic human decision making.

The speed of AI advancement

Nineteen years later, in March 2016, Alpha Go, a computer program developed by Google DeepMind for playing the ancient Chinese board game of Go, won four out of five games in the match against Lee Sedol.

In October 2017 the latest evolution of Alpha Go, AlphaGo Zero, exceeded the old version in 40 days. AlphaGo Zero uses reinforcement learning which means it is its own teacher.

Why these examples of artificial intelligence? The Shannon number estimates the game-tree complexity of chess in 10120. With the board's 361 points of Go, its game-tree complexity is 10360, according to Victor Allis. Something astronomical, eh? Let's make it more understandable. For comparison: after the fourth move in a game of chess there are about 100 000 possible positions, in Go, this number exceeds 16 billion. And here is an illustration of a tic-tac-toe game-tree. 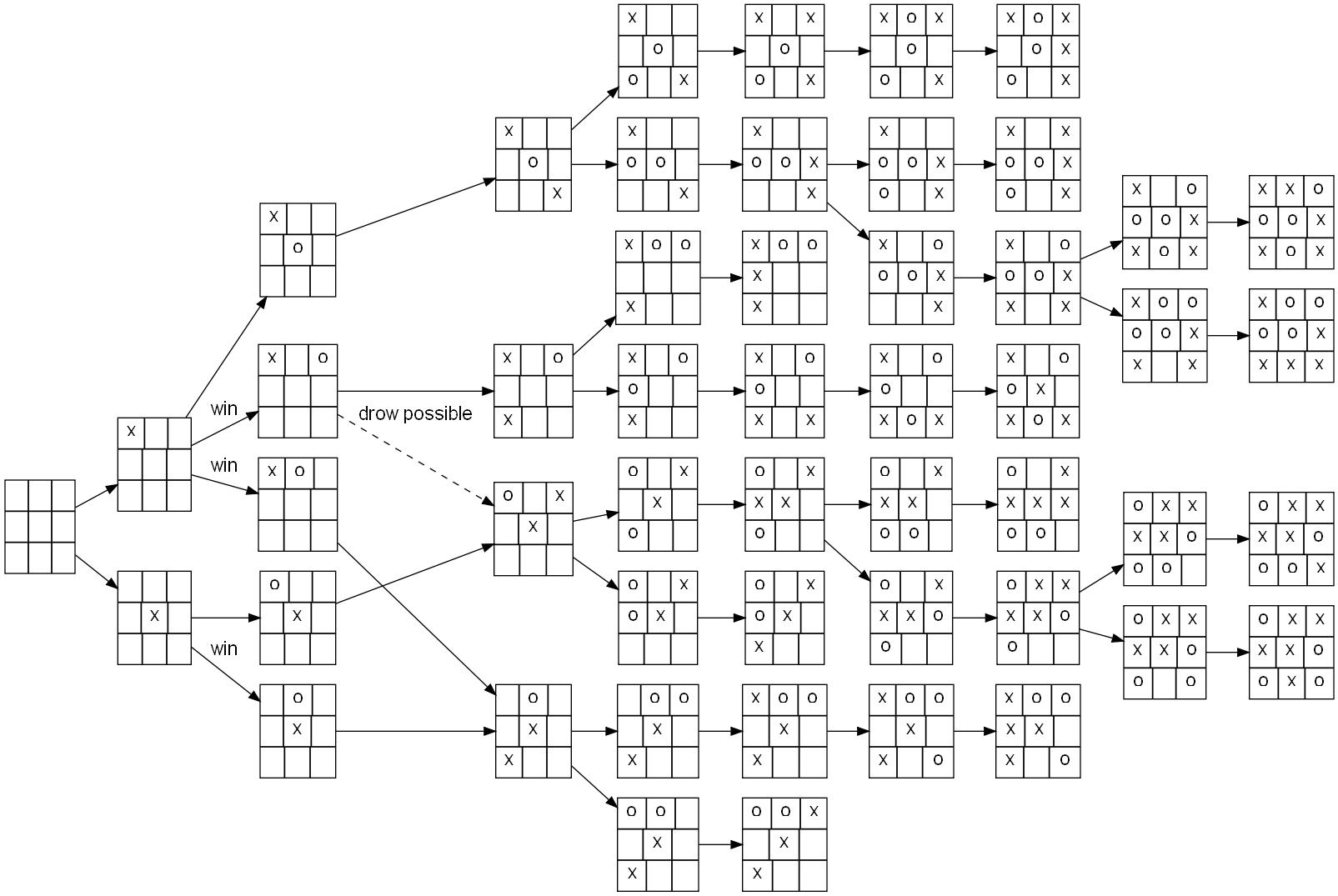 Not by games alone. AI chatbots, for instance, are also rapidly evolving:

The importance of controlling

Neural networks begin to learn at an amazing rate. Computer scientists already don't understand how sophisticated machine thinking is. Hidden layers of a neural network look incoherent for a human, but for a machine, it makes some sense. Artificial neural networks carry out some tasks better than a human does, but it is not clear how exactly AI achieves the target, which means it can become a real problem to prevent mistakes and possible devastating effects.

Determining the purpose correctly and minimizing unintended consequences when something goes wrong are a major AI challenge. An advanced AI system meets the target by ensuring its existence and occupying processing power because it was programmed to carry out the task. Thus any mistake in machine learning can result in irreversible impacts. That is exactly what Bill Gates, Stephen Hawking, Elon Musk and others are worried about and not because they see the future dystopian.

In order to understand the scale of the challenge, the rise of AI may be compared to discovery the neutron. It has brought us both an efficient type of energy and the most dangerous weapons on earth. AI also can provide stunning benefits for humanity - the brightest intelligence which provides almost infinite possibilities, or can become a Pandora's Box as well. And that is why it is essential to control the artificial intelligence development.

About 200 years ago electricity started to be just a little more than an intellectual curiosity for scientists. In 1969 the Internet began its history. We have known iPhone for only twenty years. Weak AI technologies are already our reality and they cope with difficult tasks. And now the experts predict that the strong AI will appear by 2050.

The technological development is much more rapid than it was in the middle of the last century. It is driven by AI systems that are vastly superior to a human in many areas and the further development of AI technologies will take us to changes that are hard to predict now.