The first and the most important thing you need to know about Google Maps service – it is awesome! Google provides extremely fast, reliable, highly customizable freemium tool. Moreover, until you reach the limit of 2500 requests per day, it is totally free, so it is suitable for most of start-ups.

My web development career had just started, when I faced the necessity to integrate an interactive map into an application. Those were the days when I used to forget that "there is nothing new under the sun" quite often. So, I reinvented the wheel from time to time.

The same happened with adding Google Maps - I started from investigating guides instead of searching for some turnkey solution. I must say, I do not feel sorry about that at all. I found out that there is no difficulty in Google Maps API integration.

Before getting to the Google Maps integration itself, it's worth mentioning Geocoding.

According to the Google Maps guides, Geocoding is the process of converting addresses (like "1600 Amphitheatre Parkway, Mountain View, CA") into geographic coordinates (like latitude 37.423021 and longitude -122.083739).

These coordinates can be used to place markers or position the map.

There is a great gem for Rails - Geocoder, which can handle all the geocoding related tasks. It's quite simple to set it up. What you have to do is to add two fields - latitude:float and longitude:float - to the table that contains addresses, specify in the model:

and voila! – the coordinates will be updated each time when the record is saved.

Geocoder also has other interesting geo features, like searching for specific objects in a local area or in the neighbourhood of the specified location.

It may seem that there is no field of use for static maps at all, since dynamic ones are much more functional and attractive. However there are two pros of using static Google Maps:

Static API is quite simple – an HTTP query to Google Maps API returns a solid image. Done. You can do anything with the received image. Surely, you should not crop Google copyright info or do anything of that kind.

In the following example you can see a place familiar to most of our employees - the office of Anadea in Dnipro: 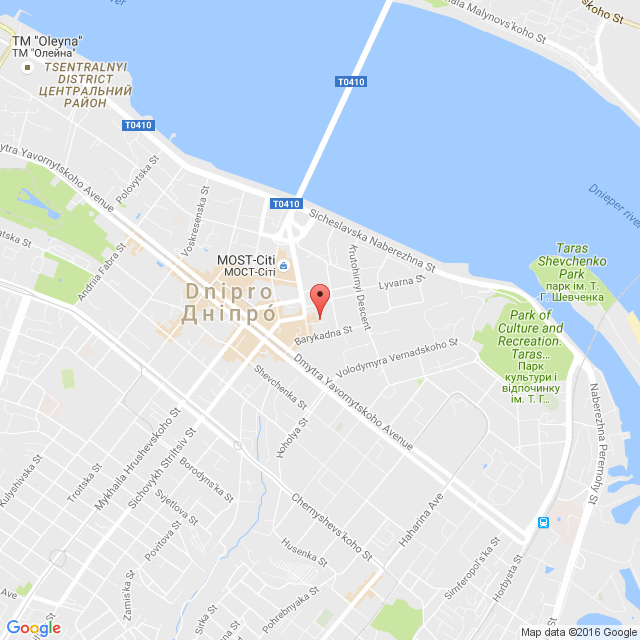 Here is the same place, but with a deeper zoom: 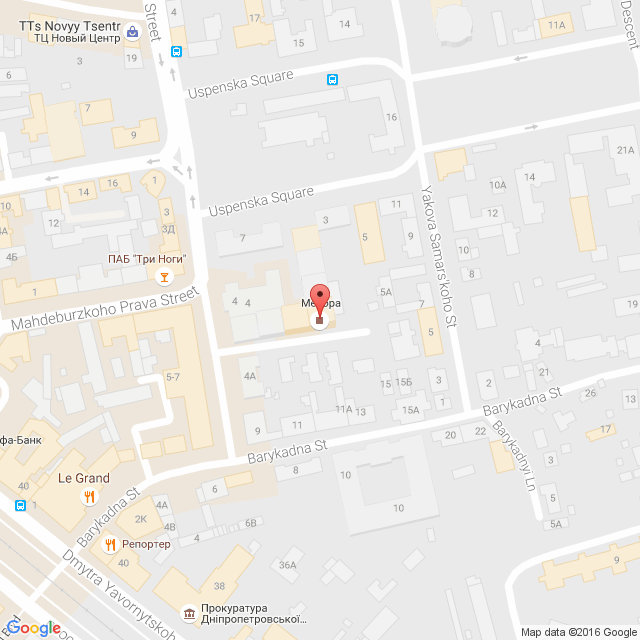 And once again, the same place, but this time as a panoramic view (made by a related Google Maps service called Street View): 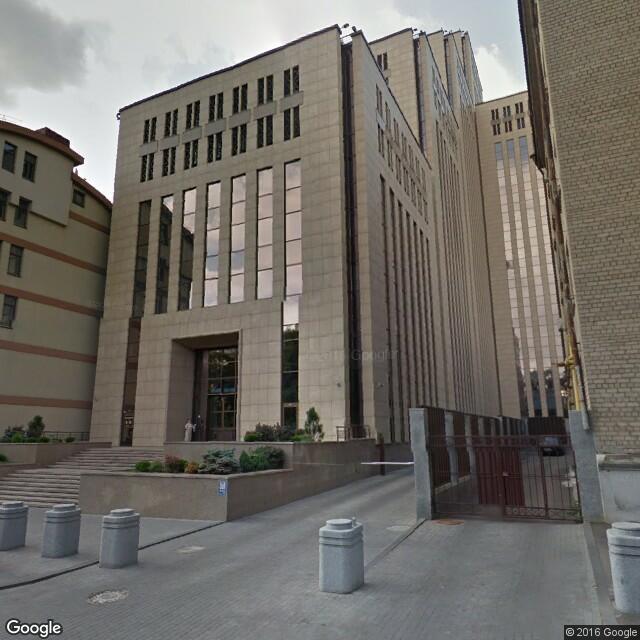 The list of available parameters can be found here.

It is obvious that the first iteration of static Google Map integration includes just writing a single method of a single helper, something like:

where as a center parameter you can pass a street address or a pair of coordinates.

Then from the view it can be accessed by calling:

It's clear that in real apps the parameters should not be a kind of "magic numbers". They can be either explicitly passed to the helper method or stored in the setting file.

That is all as for the static maps integration.

Google Maps Embed API is quite similar to the static API.

With a single HTTP request you can easily add an interactive map to your app. It can be embedded by adding an iframe and specifying the Google Maps Embed API URL as the src attribute:

This allows you to get the basic Google Maps functionality extremely quickly and easily.

Surely, in a real application this code should be moved to the helper, slightly polished and improved but the integration still remains very simple.

More information on Google Embed API can be found here.

It is still easy!

The first thing you have to do is to append Google Maps Scripts with the <script> tag:

Secondly, you need to add a div with a specific id (i.e map) to a page. JS scripts will use this id to identify where the map should be drawn.

Thirdly, you can start studying the Google Maps guide and adding new abilities to your interactive map.

An example: let's assume that there are several tabs in our app and each tab contains a map of the same area but with a different set of markers. By clicking on any marker the map should be centered on it and zoomed in.

Below you can find a CoffeeScript code for implementation of the required functionality.

This class then can be used in the code as follows:

It is not so easy anymore, but still readable, isn't it?

Naturally, one of the most burning questions asked by RoR developers when they want to integrate Google Maps is if they can use all cool Google Maps features without writing JavaScript code at all.

Well, there is a couple of gems that attempt to help you to do this.

The first and the most well-known one is the Google-Maps-for-Rails gem. Frankly speaking, this gem strongly reminds me of an old folk story about Stone Soup. The gem itself is playing the role of the stone and all the JS code pieces, which you need to add to customize your map, are playing the roles of carrots, potatoes, meat, seasonings and other ingredients.

Another thing is the GoogleMaps gem, which tries hard to make all this in the Rails way and adds all basic JS scripts by itself. However, integrating google maps with this gem is not without flaws either.

Things are getting worse, when you need to add some interactions with the map. You can not handle it without adding JS scripts and this significantly reduces the value of all the attempts to build up such functionality as gems.

So, after all, the answer is no, you can not add a fully-functional dynamic map without JS coding.

As for the JS plugins – most of them are just the code copy/pasted from Google Maps, sometimes slightly reorganised.

Here is the list of the most attractive plugins:

So, I haven't found any pros of using gems. The only benefit of using plugins is that all scripts are already applied, so you can start working with the map immediately and don't need additional time to implement basic functionality.

An argument against both gems and plugins is the fact that you have to build the application logic on the basis of their syntax and you should learn this syntax beforehand. Moreover, if Google changes the Google Maps API, you will have to wait until an updated version of the gem or plugin is released or integrate the maps manually, which was exactly what you tried to avoid.

Static and embedded maps integration is a question of a single method creation. There is absolutely no sense in searching for turnkey solutions.

Dynamic maps integration is a little harder, but it still should not prevent you from trying to integrate them from scratch because:

And yes, the code you wrote can be easily used in a new project or even become the basis for you own plugins. So, who knows, maybe someday an article about your own turnkey solution will appear!