In this tutorial we'll explore the creation of an Elixir app cluster that is run in Docker Swarm and does properly maintain node connectability as the swarm scales up and down.

Erlang is a mature programming language that has been used in production for more than three decades. It was not extremely popular but had some distinctive features built-in into the language and its default set of libraries (OTP). Built for reliability and concurrency, with its process system and "let it crash" philosophy, Erlang also had a built-in clustering support, called Distributed Erlang.

Elixir is built on top of Erlang and uses the same VM (BEAM) for functioning. It brings metaprogramming and modern-looking code syntax to Erlang ecosystem, at the same time providing all the great things built into Erlang initially.

Docker Swarm is a production-ready container orchestration system that is basically a set of Docker Engine applications that do work in a cluster.

While Kubernetes is becoming more and more popular over the latest years, Docker Swarm is far simpler, but still does its main purpose (managing containerized applications across nodes) very well.

It is very similar to docker-compose in terms of configuration, so it's not difficult to set up a swarm for those who have some experience with compose files.

Distillery is an Elixir library for building application releases, it has become a de-facto standard in Elixir world.

In order to have BEAM instances (also called Erlang nodes) connected on different machines, you need to know the IPs/hostnames for these machines before you start building a cluster. Throughout the years server provisioning was a "one-off" task, creating a connected network of several nodes was a standard practice but serious and dynamic change of their count was not planned. In the "modern world of IT" where software is usually run in containers you can not be sure that your VMs quantity is static.

Regular ways of having nodes interconnected are: using ".hosts.erlang" file or some external special tool as nodefinder.

Both of these approaches are not applicable if Docker Swarm is used, the file approach is static and the nodefinder uses UDP multicast to find sibling nodes while the Docker's overlay network does not allow multicast at all.

To make it possible to experiment with Swarm mode of Docker using a development machine, it is necessary to put Docker engine into Swarm mode first.

This is done by using the docker swarm init command. When the swarm is no longer needed, a command docker swarm leave --force will put the Docker engine back into its normal state.

In order to have a functional cluster you need two things:

All of the code-related steps mentioned in this guide are also available for exploring as a Git repo, with links to commits ((commit)) in appropriate sections.

In order to add Distillery into an Elixir project it is necessary to add it as a dependency into mix.exs, run mix deps.get to fetch it and mix release.init so that the library creates its default config.

The Dockerfile was taken from the Distillery guide with minor changes related to hardcoding app name and version, as this is a simple demo app.

Erlang node can connect to any other network-discoverable node without extra configuration if it has the same Erlang cookie.

In order for a node to be discoverable it needs to have a valid hostname or IP.

This can be achieved by setting the node name to a special form in vm.args file which is used by Distillery.

The nodename in "long name" format consists of given app name and host node name, separated by "@". App name can be any string, by default Distillery uses "release_name" and it's OK.

Host node name is the one that needs correction, as it is 127.0.0.1 by default. As it was stated before, this name should be a resolvable entity. By default containers in a docker swarm live in a subnet and are accessible over the swarm's ingress network. So if you know the IP of the container, it should in general be accessible from any other container of the same service if you use this IP.

In order to fill the vm.args file with a real hostname of the container it is necessary to do the following:

1. (commit) create a special Distillery hook that will create an environment variable with container's IP.

Create a directory hooks/pre_configure.d directory in rel/ and add the following file named generate_vm_args.sh there:

And finally add it to Distillery hooks by inserting set pre_configure_hooks: "rel/hooks/pre_configure.d" line into the environment you want in rel/config.exs.

2. (commit) use this new environment variable in the vm.args file for the long node name.

The name section may look as the following:

The "${}" syntax in the vm.args file does work because the Dockerfile has ENV REPLACE_OS_VARS=true option set. This environment variable will allow "${CONTAINER_IP}" to be replaced by the value that is calculated in generate_vm_args.sh so the Erlang node will have a proper name set.

In order to check if the nodes can be really connected after these steps it is necessary to deploy the application in swarm mode.

Docker engine should be set to swarm mode and a stack must be created and deployed.

It is necessary to build the application's image, create a stack and deploy it there. Use docker build -t cluster_demo:latest . command for building the image and docker stack deploy -c stack.yml t for creating and deploying the stack.

Both of these commands should be run from the application's folder.

After the mentioned steps if you run docker ps, you should see two containers with the app running, for example:

In order to test out network connectivity it's necessary to see both nodes names.

Let's connect to first container's application via remote console and try to connect it to the second one. We need to know IP of the second container in order to construct its hostname, it can be determined by the following command: docker exec -it 13d6700bedcc hostname -i. It is "10.0.0.3" in my case.

The command for connecting to the first container's remote console would be docker exec -it f68ad9962299 bin/cluster_demo remote_console.

This command should give a standard iex console output like the following:

Elixir has a set of functions related to multi-node operations, stored in Node module.

If "Node.list" is called in the remote console, it will return an empty list as the Erlang node in the first container does not "know" of the one in the second container.

In order to connect to the second container the following command can be used: Node.connect(:"cluster_demo@10.0.0.3")

True return value means that connection succeeded. If "Node.list" is run again, it will have the second node in results now:

Both nodes do know of the connection now, so running a remote console (docker exec -it 13d6700bedcc bin/cluster_demo remote_console) on the second node should list the first one now:

Nodes can see each other as well as connect but this is all done in manual mode. The next section will cover autodiscovery. 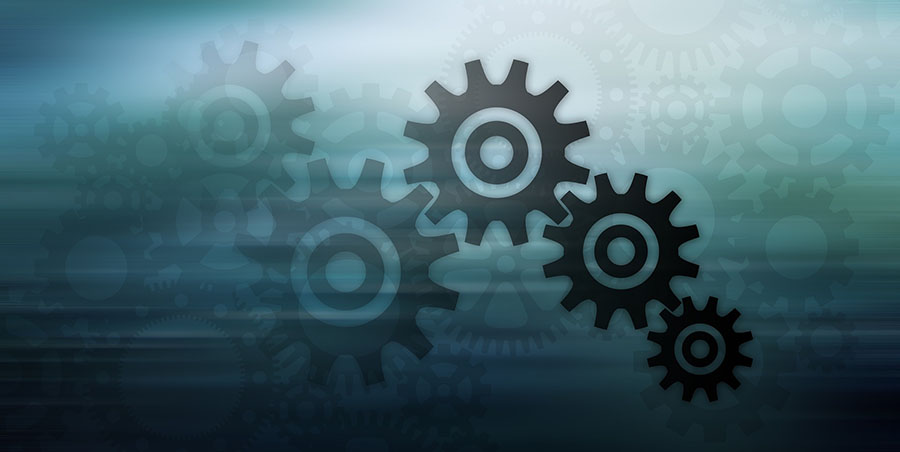 The next step is making the system discover other nodes automatically and maintaining their availability list. Docker has a "not-very-documented" feature of exposing IPs of all instances (called tasks) of a given service by performing a DNS lookup of "tasks.

It is Libcluster made by Bitwalker, author of Distillery. There are different strategies for container discovery listed there, most of which are for Kubernetes but there is one that is exactly for the DNS variant used in Docker Swarm (while it is not listed in Readme or docs, it is present in source code and is properly documented there).

Be careful giving the "query" option as it includes not only app name but a more qualified stack+service name, which is "t_cluster_demo" in the demo app.

To check if everything works properly, it is necessary to rebuild and redeploy the app. Rebuilding is still done via docker build -t cluster_demo:latest ..

If you did not shut down the cluster earlier, updating the stack can be still done with the command docker service update --force t_cluster_demo. Or you can remove the stack at all and create a new one using the perviously mentioned docker stack deploy -c stack.yml t.

After the update, output of docker ps looks as the following:

In order to see if the nodes have already discovered each other, it is possible to use the same commands as before, just using the new container IDs for the queries:

The first node has successfully discovered the second one without any extra configuration or steps.

It will be also useful to check how cluster works in the case of dynamic change of nodes count. In order to change it, set the service scale to some other value, for example docker service scale t_cluster_demo=5.

After execution of this command, the docker ps output looks like the following:

On using the same command docker exec -it ff37e0987e09 bin/cluster_demo remote_console and calling Node.list in the console a new set of nodes will be shown:

Using the same command (docker exec -it ff37e0987e09 bin/cluster_demo remote_console) to connect to that one container that survived all the scales and running Node.list there gives the following output:

As it is seen, Libcluster properly handles autodiscovery of nodes, both when they are added or removed.

If you do not need the demo swarm cluster from this article anymore, it can be removed with the following command: docker stack rm t.

Switching Docker engine back to normal mode from Swarm is done with the command docker swarm leave -f (-f = --force because the node is the manager by default and manager can not leave the swarm without force).