IT duel was held among Anadea team members for the first time on January 19, 2015.

At the first sight the task looked entertaining and easy to do. The target was to "fix" fairy lights and switch them on. The task and its complexity was generated by a program created by the contest organizers – Andrey Kuteyko and Dmitriy Dordovkiy. In very deed the task was really catchy, so there was a snowball chance to solve it fast. 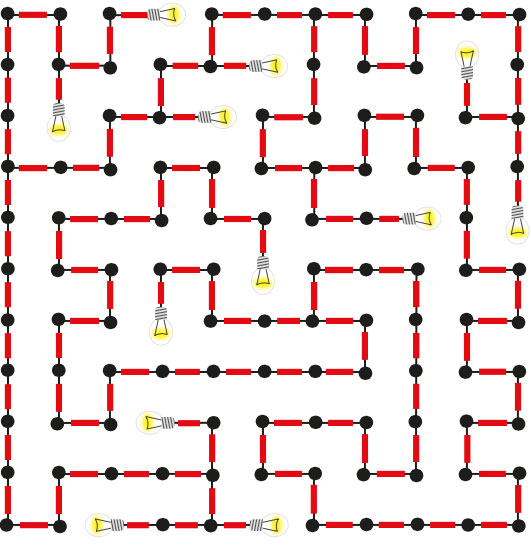 Each team chose their own way to come with flying colours. Some of the teams were trying to solve the issue while playing another ones were making affords to create a program. Creative ingredient was mounting up by the fact that the teams were selected in random manner. So QA engineers were busy with the solution side by side with Ruby or Java developers.

Eventually, a team that created a unique algorithm for a solution left everyone behind right before time was up and won the contest.

P.S. This project has been further developed in full-fledged mobile game that is already available on App Store. Try it out!